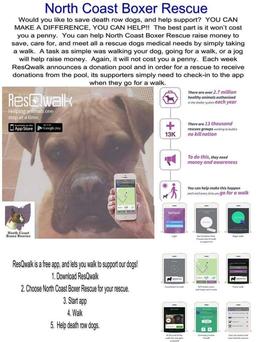 As with most canine companion animals, dogs have a remarkable ability to forgive their human tormentors.  A dog kicked by it's owner will crawl back to lick his hand, a starving dog will lie at the feet of his master beneath a kitchen table- hoping he is worthy of a scrap of food. Humans often choose to ignore this attributes. Boxers are found abandoned on streets, tied to shelter doors, left for dead and other horrible fates. When a rescue can step in and rehabilitate that animal they get the privilege of watching a timid weak animal blossom into a romping happy go lucky dog. They bond, as was intended by the very relationship at its core. We are often asked "why bother when there are so many others that need help- you can't make a difference." We DO make a difference, to each and every dog we rescue. 'Isn't it hard to give up a dog you rescued?" Yes, often. But we do what is best for the dog, knowing we open room to save yet another and another and another. 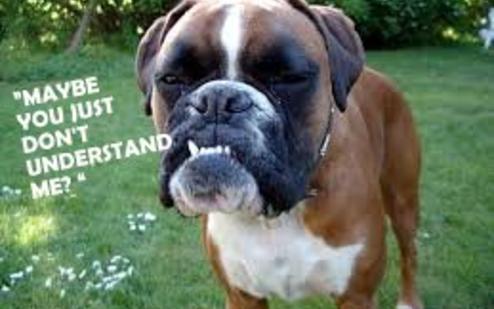 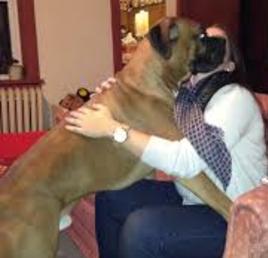 NCBR on Petfinder​
Please help us help them!

We are always looking for local Ohio fosters! Can you open your home and heart to a Boxer in need? Contact us at NorthCoastBoxerRescue@gmail.com

Why we do what we do

Boxer owners hear a lot of strange things about their chosen breed. One thing is nearly certain, however: once you own a Boxer, or rather it owns YOU- you'll never have another breed. A large number of families are multiple Boxer owners, and they proudly share the fact that each one is a different individual.

This breed was bred for hunting purposes. A full grown dog could hold down a very large animal until the hunter arrived to finish the job. Their upturned noses allow them to freely breath while locking onto their prey. Tails were docked, and most often ears were cropped to minimize risk of injury by the competitor.

Today's Boxers are more inclined to be couch potatoes but the tail docking still continues in the United States as a preferred breed standard.

Known as the "clown of the dog world" they possess an innate ability to create numerous and entertaining facial expressions. If your Boxer is sad or angry you will know by looking at him/her. Their comical appearances are a humorous form of non-verbal communication! They are Laugh Out Loud funny!

They sometimes drool, often pass noxious gas, nearly always snore when sleeping. They will groom themselves similar to how a cat does, they cannot stand extreme fluctuations in heat and cold therefore are not good outside dogs for extended times. As most pups do- Boxers may chew things we prefer they not do, and often it seems their taste in shoes is matched only by the purchase price  of that treat.  Being family dogs- true companion animals also means that many can suffer from separation anxiety and its various manifestations.

Abused dogs are often quite timid, and sometimes afraid of fast movement or loud noises. So many of these somewhat more negative aspects of the breed are simply the fault of humans. Whether poorly bred, neglected, abandoned or abused... deep down inside a true Boxer hero usually exists.